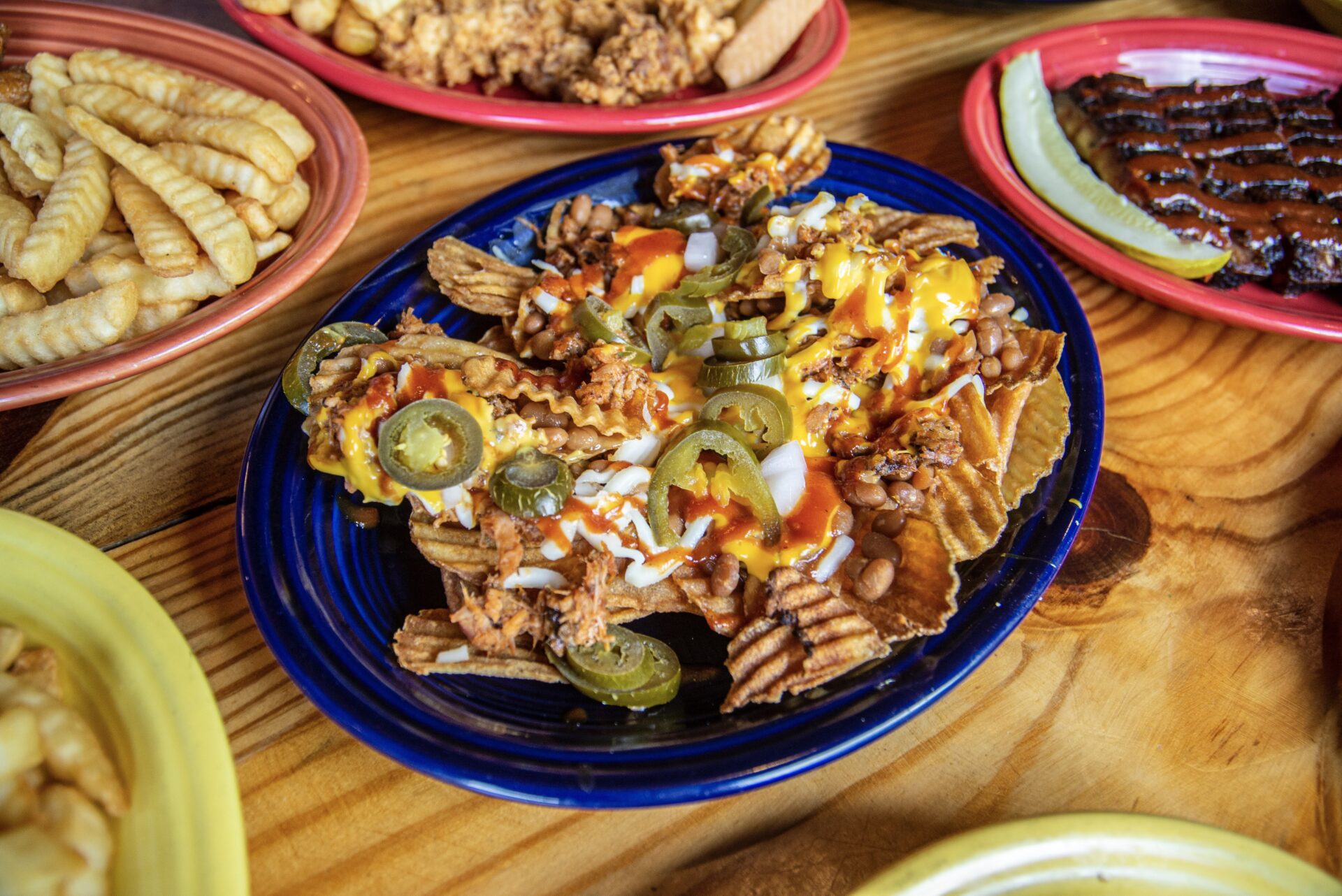 One thing the south is definitely known for is its food, and in particular, BBQ! Alexander City has some delicious BBQ spots you have to try on your next visit. You may even want to visit just to take a culinary trek through the city’s scrumptious BBQ eateries. Each BBQ restaurant in Alexander City offers unique, mouthwatering flavors sure to please your taste buds!

Big B Bar-B-Que is the epitome of a down-home barbecue joint! Decorated with solid wood furniture, a stone fireplace, and antler chandeliers, guests will get the full experience of hometown BBQ and cooking while dining here.

Big B Bar-B-Que has been locally owned and operated for over 40 years in Alexander City.  They serve up not only a variety of barbecue chicken and pork plates, they also offer steaks, burgers, and even seafood. Yum!

Most of all, they pride themselves on family tradition.  From preparing the food in house, to creating an environment to bring your kids and grandparents, everything about Big B Bar-B-Que is as local as it gets!

Sho’Nuff is your classic BBQ diner! And the locals swear by it.

“The way BBQ is suppose to be!”

“My grandmother must be back in the kitchen cooking…”

What stands out about Sho’Nuff however is the sauce.  They have the option to choose a hot, mild, or mixed flavor – with mixed being the overwhelming favorite in reviews.

Sho’Nuff BBQ might be small, but the food packs a punch! 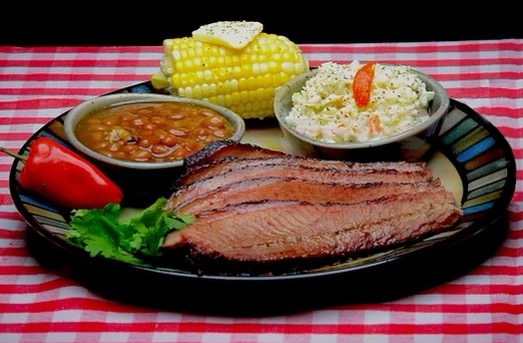 This one has a pretty cool backstory.  Firetruck Bar-B-Que came to existence in 2008, when founder Kenneth Ledbetter turned an old 1980’s firetruck into a traveling meat smoker. After great success and launching into catering, Firetruck Bar-B-Que has even branched out to selling their products all across the United States.

What stands out about Firetruck Bar-B-Que to me is that along with the classic barbecue items, they even offer tacos.  That’s right – barbecue soft tacos, beef brisket tacos, you name it.

Though you can catch the Firetruck parked outside various locations, guests can pop into the restaurant anytime in downtown Alexander City. 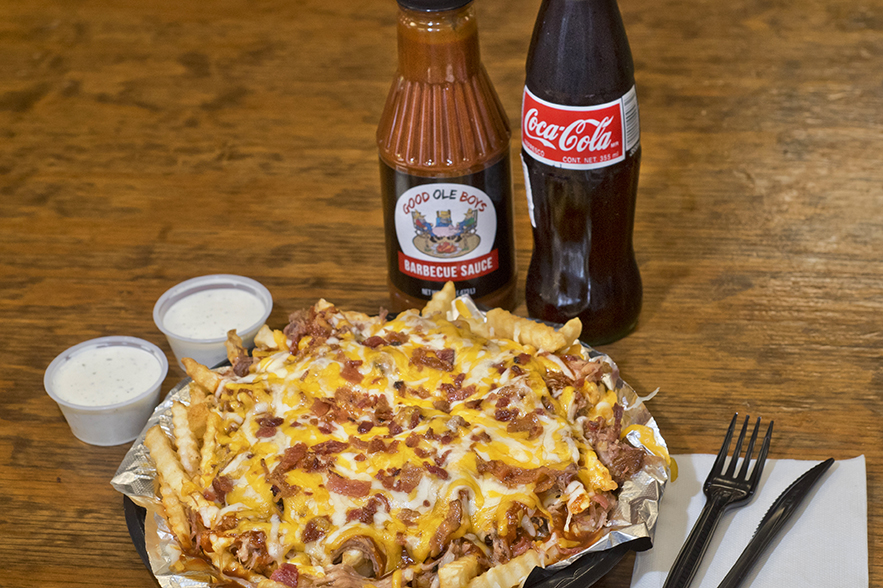 The secret is in the sauce!

Good Ole Boys BBQ is known for their  “Hog Heaven” barbecue sauce, which was named by Southern Living as one of the 13 best barbecue sauces in the United States.

As a father and son duo-owned and operated restaurant, Good Ole Boys BBQ has grown to five locations in Alabama, with their niche being located within convenience stores.  In Alexander City, you can find it right off Highway 280 at the Exxon station.

All of their meats, such as ribs, chicken, and pork butts, are loaded up every morning over cherry wood in a smoker and cooked to perfection before being topped off with their famous sauce.

As good as it is, barbecue sauce and sandwiches aren’t the only things they are known for!  Good Ole Boys BBQ has also been deemed to have some of the best french fries in the state, with their “Porky Fries” at the top of the list.

With so many great BBQ options in Alexander City, it’s hard to choose a favorite. Our suggestion is to bring your appetite and try them all!  To check out more information on places to eat in Alexander City and around the Lake Martin area, check out our dining section on ExploreLakeMartin.com.