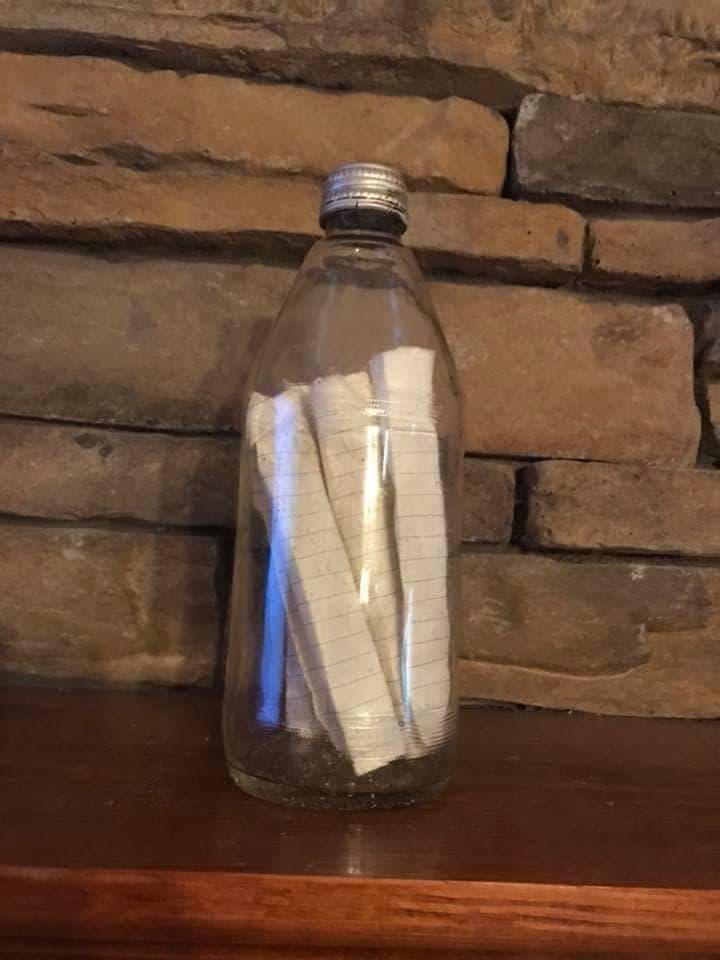 One of the things that I am proudest of in our community is our desire and effort to keep it clean and pristine for our visitors and residents, while also protecting our environment.  I recently saw a picture online of a bird in England tangled up in a used face mask that had been thrown out.  Those kinds of things bother me, and it’s why I personally choose to do my part to not let it happen.  And let’s face it-trash on the roads or on the lake is just not cute.  Nobody wants to see that.  In my mind, I’ve always thought all trash is bad.  Until…….. I heard a story about one special piece of trash-that actually turned out not to be trash.  It was an item disguised as trash, that would bring back memories for a group of siblings and cousins decades later.

As we were getting ready for our Tourism Gives Back Earth Day Clean-Up that is happening this weekend, I was chatting with some participants and a special story was shared with me.  It was heartwarming and inspiring, and if I wasn’t already motivated to go picking up trash before, I certainly am now.  I want to find my own special piece of trash!

The story goes back to 2018.  Adams Beverages was participating in a clean-up on Lake Martin with Lake Martin Resource Association.  One of the people in the group that day was Lee Pitchford.  As he went to grab one bottle caught in a stump across from Peanut Point, he saw that it was different.  At that moment, he had no idea how different though, or how the story of that bottle would go back almost 40 years.  Upon looking closer, he noticed that there was something inside of it, and he carefully pulled out pieces of paper.  Cue the Police song….. yes… this was indeed….. a Message in a Bottle!  It turns out a group of kids from Roanoke and Wadley placed this message in the bottle on June 15, 1981-and he found it almost a week to the day, 37 years later.  How crazy! 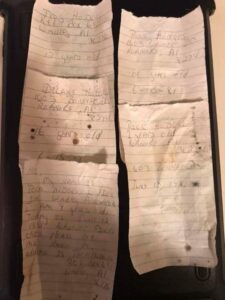 DeLane Hodges Vansandt was 16 at the time, and said her two brothers, Russ and Rick Hodges, and two cousins, Troy Hodges and Tera Hodges-Ogilvie, decided to create their own message in a bottle.  DeLane told me that they were out camping on the Tallapoosa River near Wadley with her parents, Jerrell and Royann Hodges, and aunt and uncle, Waymon and Linda Hodges. There were messages from all 5 kids, and they all put their age, address, and the date.  All of the messages were then put in a glass RC Cola bottle that they had ripped the paper off of.  She said that she remembers her dad tightening the lid so that it would be securely closed.

Lee had no idea of any of these happenings though, and didn’t realize quite the treasure that he had found that day.  He was set on finding those people who had their names in the bottle, so he took his mission to Facebook.  And what do you know, he was able to locate all 5 of them! 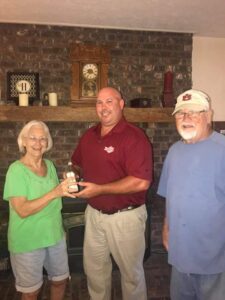 Lee returned the bottle to it’s rightful owners, and took the bottle and messages to the home of DeLane’s parents.  DeLane’s mom, Royann, told The Randolph Leader that there was a deeper message behind the story of the bottle.  She said “What we toss out, literally and figuratively, eventually comes back to us.  We’ll treasure this bottle and the memories of a wonderful childhood filled with love and good family time together.”

I’ve read that it takes anywhere from 4,000-1,000,000 years for glass to decompose.  That’s a wide range, but even on the shorter end of that range, a glass bottle will definitely outlast all of us.  The fact that the glass lasted that long is not surprising to me.  However, the fact that it remained perfectly intact with the messages dry inside for almost 40 years is surprising.  DeLane said another interesting fact is that the bottle was found near the lake house of another of her aunt and uncles, Don and Lynn Hodges.  Who knows how long that bottle had been stuck on that stump waiting to make it’s way back to this family?

As we get ready for the clean up this weekend, I am excited to see what my finds bring me.  Will it be a message from the past?  Will I be able to have the ability to bring back fond memories from decades ago like Lee did?  I’m not sure, and probably won’t hold my breath on that.  However, this charming story that was told to me does give me extra motivation to get out and give back to my community.  It also reminds me to look closely-as things are not always what they seem.  At first, Lee saw trash.  What that ended up being was a cherished memory that he will forever get to be a part of.  I will definitely look closely at whatever I pick up this weekend!