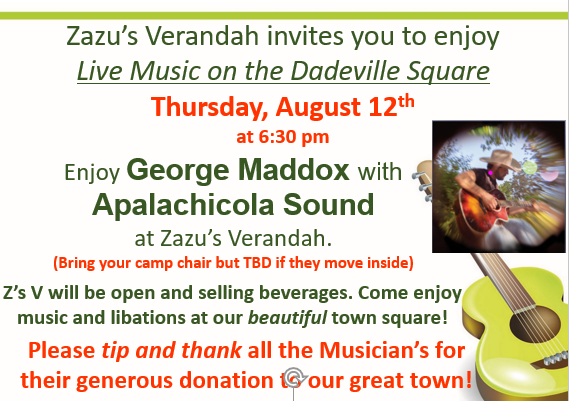 August 12, 2021 – Come hear George Maddox with The Apalachicola Sound Thursday, August 12th starting at 6:30 pm. George put out his first independent album 4 years ago at age 28 and gained traction in the Alt-Country scene. His music is influenced by artists such as Sturgill Simpson, Tyler Childers, and John Prine.

George is a must see for traditional and modern country music fans.

Listen to some of Apalachicola Sound’s latest album, Snakeskin Halos.

TBD if they play inside or under the awning at Z’s V.  Check our FB page @ZazusVerandah just before the event.